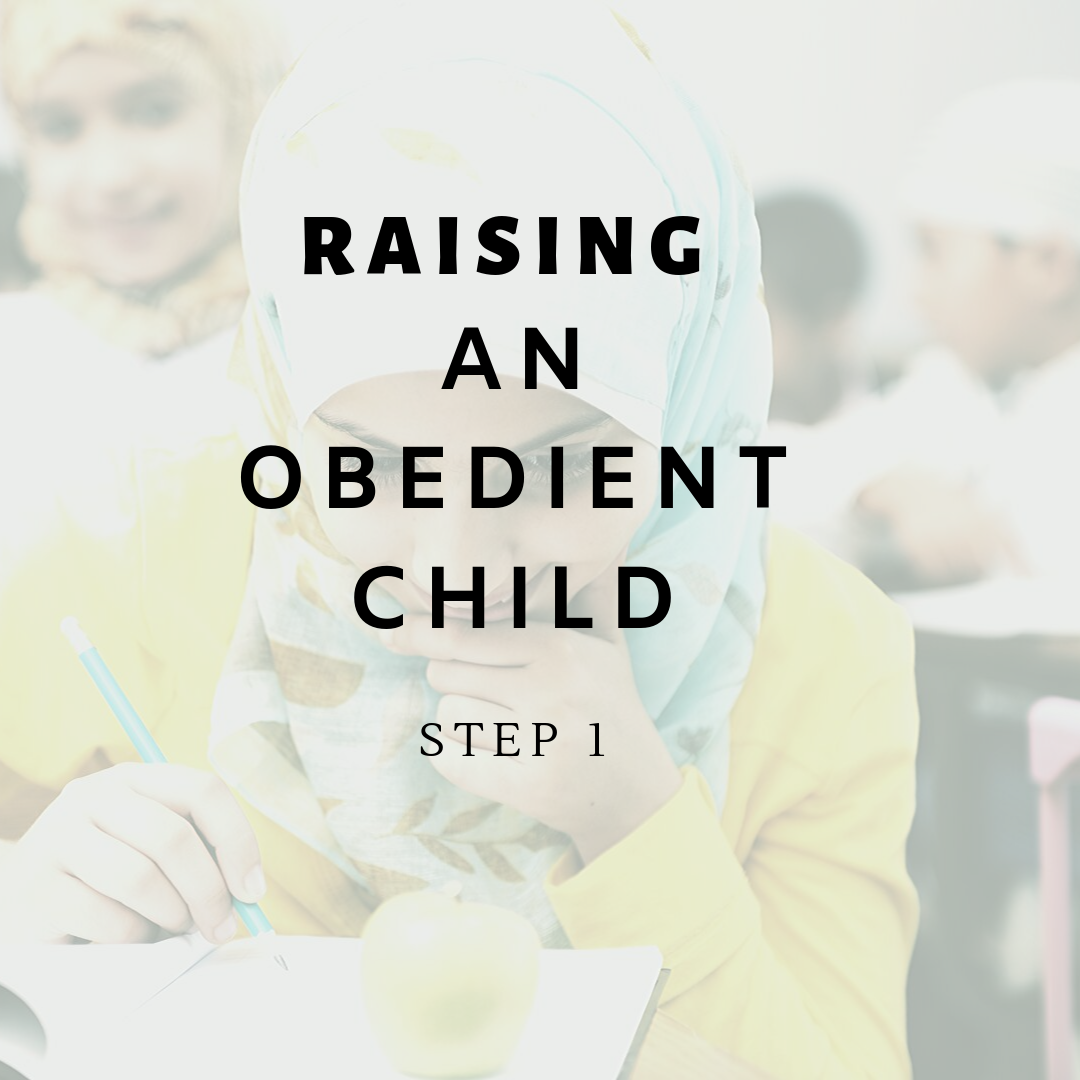 The concept of an obedient child seems almost “OLD SKOOL” – I mean, what is an obedient child? Does that entail a child that follows their parent’s orders without question or maybe it implies a child has no ambition in life except for what they are told?  Maybe you have a different idea of what it means, but just so we’re on the same page let’s clarify. When I refer to an obedient child, it basically means a respectful child, one who may or may not agree with you but will always maintain a high level of respect in doing so. This also includes an ambitious child, one who considers and seeks the advice of their parents because they value their parents opinions (again, even if they don’t agree). Lastly, it’s the child that understands that people – especially their parents and family, have rights upon them.

Sounds a bit complicated, no? While as an adult we can break down the characteristics of an obedient child, it doesn’t actually mean we are to explain it to them and hope they suddenly transform into this considerate, polite, God-conscious being. Instilling a sense of purpose, self-respect, and gratitude is required to nurture the trait of obedience. Emphasizing obedience ultimately to Allah is the foundation necessary for good character – after all, a parents’ disappointment will only go so far, but to feel the pain of failing the Ultimate Authority?… a soul cannot rest well.

Expectation builds awareness for children, as it sets standards and gives them a measuring tool to track their progress. This isn’t hard to do as long as both parents work together in establishing set expectations, and also start from the beginning (toddler age). So practically that would mean setting small milestones in their early ages, such as: learning to say thank you, not allowing for disrespectful actions like throwing things, hitting or yelling. As they get older, in their elementary days, then advance your efforts by expecting them to be disciplined in completing their work without you checking on them all the time, to keep their things organized, to clean and pick up after themselves and to be conscious of what is good in Islam and what is not (ie. lying, shamelessness, swearing etc.). Thereafter, as a child reaches adulthood according to Islam (puberty), then expecting them to be responsible in offering salat (prayer), to help in the house without being told, to study in the hopes of being the best they can be and so forth.

Establishing expectations does not mean a child will always achieve them; honestly it’s unfair and unrealistic to think our children won’t make mistakes, talk back, skip class, or even fake/lie about praying their salat from time to time. However, with set standards in place, their conscious won’t allow them to rest easy when their actions counter these expectations. Human nature kicks in and works to our advantage. Consider it like programming software – like it or not they will be programmed (just as we are), as a parent you have the right to authorize what goes in and with diligence you are also able to repel anything deemed negative or trying to override your programming. When households are void of setting standards, then the consequence to action(s) will go unnoticed – good or bad. Consciousness of what we do is the stepping stone of knowing who we are, and with that knowledge we have the ability to constantly work on being better.

Be sure to set expectations that are reasonable. Failing to be balanced often results in a reverse effect. Generally speaking, if parents maintain an Islamic inspired standard such as refining character, speaking good or remaining silent, being mindful of Allah etc. then balance is set. If parents raise their children with the notion they have to own a big house or be better than their cousins etc., then they are stripping their children of true purpose in life. Without understanding purpose we cannot sustain obedience to Allah, therefore as parents we have to maintain standards according to our religion.

Setting a standard is what I consider the first step (out of three) in nurturing obedience in a child, wa Allahu Alam. In the next two posts I will go through step 2 and 3, so stay tuned!