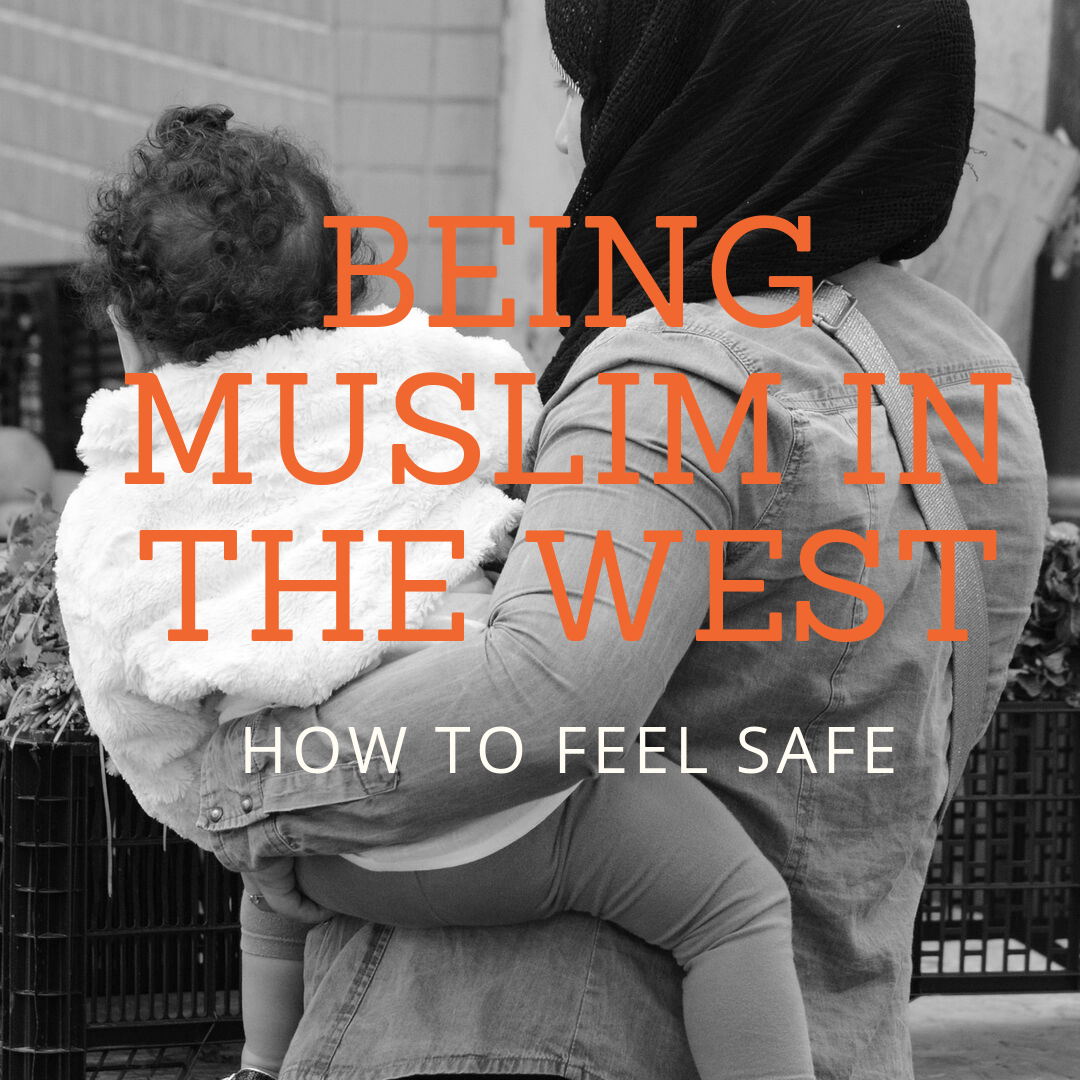 Western Muslims, now more than ever, are faced with what is coined as “Islamophobia.” It is a phrase that encompasses the fear of the unknown but also creates a threat to Muslims across the globe based simply on the fact that we are Muslims.  While many questions arise, two remain at the forefront – What is the root of the problem? How do we deal with it?

It’s not Trump, it’s not ISIS, it’s not Illumanti and, no – it’s not Michael Jackson’s subliminal messages in Thriller (or other artists). While they all definitely don’t help the problem, they are not the cause of it. For us to attribute the state of our ummah to any of these people (plus many more out there), we would be losing sight of who true power belongs to – Allah, the Owner of All Things.

The ummah of Prophet Muhammad (peace be upon him) is in turmoil because we have forgone many of his ways (salla Allahu alayhi wa salam). Just as the Muslims faced defeat in the battle of ‘Uhud for not following the orders of the Prophet (peace be upon him), we too are faced with a similar predicament for not following him. Our numbers are great, but our stance is weak. During the early years of Islam, the ummah was small but firm on obeying the orders of the Prophet (peace be upon him). They were keen on adhering to Allah’s words and purifying themselves. Thus, while they were tested, they were still victorious. Now fast forward 1400 years later and ask yourself, what do we do as one that is part of the ummah of Muhammad (peace be upon him)?

Our natural survival instinct is screaming out to protect ourselves,  based on that rationale many feel the need to conceal our faith. Worse yet is our attempt to abandon the “weird” things so that we are seen to be “moderate” (relative to the devil’s influence). Waswasa, or the whispering of Shaytan, calls us to fear the oppressors and to be ashamed of the fact that we identify as being Muslims. We are Muslims – every one of us, by choice. If that’s not your choice, then you need not continue. If it is, then understand that the Prophet Muhammad (peace be upon him) is a mercy to mankind and emulating his ways with sincerity will not evoke harm but rather earn the protection and mercy of Allah, insha’Allah.

In the battle of ‘Uhud, a segment of the army (approximately a third of it) went back to Madinah. The Muslims that remained were angered by this until they were reminded by Allah that He is in Control. While it appeared as if the group left, they in fact were sent away by Allah to protect the true believers from the hypocrites. Having said that, conviction is from yourself, and only with sincerity can you find yourself with success.

Expect the Help of Allah

Success, protection, aide, sustenance; everything good is only through Allah, period. So after re-affirming your faith, keep strong to the path of Allah by following the example of Prophet Muhammad (peace be upon him) and the guidance of the Quran. You don’t need to be a scholar. The basics are where we are: enjoin good, forbid evil, be truthful even if against yourself, remain pure at heart and mind, fulfill all obligations of rights upon you with goodness, approach Ramadaan/hajj/zakah/salah with enthusiasm and sincerity, be kind to neighbours, mend and hold ties with kith and kin, speak good or remain silent, feed the needy, adopt haya (shyness, humility, modesty), shun all forms of interest (riba), surround yourself with people of high moral and ethical standards, reflect on words of the Quran and lastly fear the day when you will stand before Allah. By holding fast to the basics, you are able to choose good in all your affairs without hesitation caused by peoples peculiar stares. There are no discrepancies in the above, so make no excuses for yourself.

Begin your day with the strongest dua of protection: Ayatul Kursi. If you truly love your faith, if you truly trust Your Lord, but you know the nature of the people then the protocol  requires a couple minutes in the morning and evening to invoke Allah for protection by His Glorious Words. If we are sincere, the solution is here. There is no need to compromise your religious beliefs (5 daily salat, hijab, halal food etc.) for fear of the people; the promise of Protection is with the recitation of Ayatul Kursi.

Fear of the Unknown

It is human nature to fear that which is unknown to us. It doesn’t help that the media portrays Islam as evil, but falsehood is very weak while truth will ALWAYS rise above. Therefore, know that just as Islam was strange when it first came, and the people responded aggressively, it grew quickly in the hearts of the people across the Middle East, Africa and parts of Europe. Now (post 911), it is known to all -especially in the Americas. The entire world knows that Islam exists. This is the plan of Allah. Our duty and our test today is to be diligent in remaining steadfast (adhering to Islam’s comprehensive code of conduct with a pure heart) and to be confident in the truth. Lastly, a hadith to deeply ponder (even if you’ve heard it before):

Abu Huraira reported: The Messenger of Allah, peace and blessings be upon him, said, “Islam began as a something strange and it will return to being strange, so blessed are the strangers.”